Facebook has revealed two new updates to it Mobile Apps Install Ads platform in order to make it easier for marketers and developers to create and tailor these types of ads. 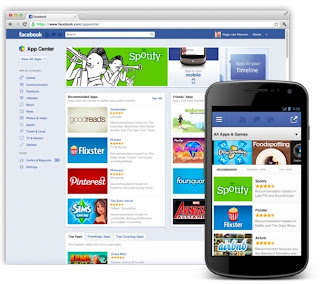 First introduced in October 2012, the changes will allow marketers and developers to reach the right people on the right devices. The update means developers will now be able to reach specific version of Android and iOS operating systems as well as target people using WiFi as opposed to 3G for larger app downloads.

The ad create tool has also been updated to ensure that it is easier to build/launch Mobile App Install Ads. The changes aim to make the process simpler and more akin to sponsored stories and Page like ads where you can get a campaign up and running in minutes, with the ability to build Mobile App Install Ads is now inside Facebook’s basic ad creation tool.

One of the biggest companies to utilise the platform since its launch last year was mobile operator O2 who chose to do the initial promotion for its new Tracks music application on Facebook Mobile App Install Ads first. Over the first three days the advertising reached some nine million UK Facebook users and charted at number six on the Apple App Store.

Russian game developer Social Quantum and US-based fashion exchange service Poshmark have also made use of the platform in recent months.
https://developers.facebook.com/mobile/